IDENTIFIED A BIOMARKER FOR EARLY DETECTION OF ALZHEIMER’S DISEASE 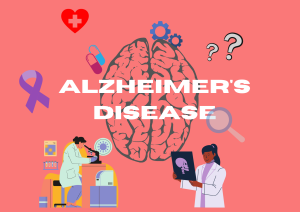 Alzheimer’s Disease (AD) is a neurodegenerative pathology characterized by amyloid-beta (Aβ) and tau protein aggregates, extended cell death and cerebral atrophy. It is the most common form of dementia, with more than 35 million people affected in the world.

To date, unfortunately, pharmacological treatments can only slow the worsening of symptoms and improve the quality of patient life, but they are not able to prevent or cure the disease.

The diagnosis is usually made when brain degeneration has been going on for many years, in fact the abnormal Aβ load build-up assessed using PET begins as early as two decades prior to the clinical manifestation. 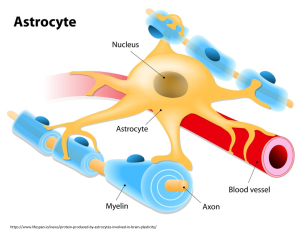 are the most abundant cells of the human brain, regulate the formation, maturation, maintenance, and stability of synapses (essential structure for communications between neurons), they contribute to formation of the blood–brain barrier and are involved in the response to injury.

is considered a marker of the abnormal activation and proliferation of astrocytes due to brain damage and, in previous research, high levels had been identified in the blood in early and late-onset of AD.

The researchers analyzed the blood levels of the protein in 100 subjects, aged 65-90 years and without symptoms of dementia or other pathological cognitive impairment.

The data shows that plasma GFAP levels are increased in Aβ+ cognitively normal older adults, highlighting the potential of plasma GFAP to contribute to a diagnostic blood biomarker panel for the identification of individuals at risk of AD, prior to the manifestation of clinical symptoms.

This is the first study to demonstrate increased plasma GFAP levels in cognitively normal older adults at risk of AD, suggesting that astrocytic damage begins from the pre-symptomatic stage of AD and is associated with brain Aβ aggregates.

These preliminary results provide the basis for a possible early diagnosis with a simple blood sample, allowing doctors to intervene in the early stage of the disease.

The article is published in Nature Translational Psychiatry