The NEVERMIND project is an ambitous project aimed to  design and develop innovative engineered nanovectors (NVs) starting from nanosized liposomes that can carry drugs to control one of the main processes that are impaired during neurological disorders, i.e. neuroinflammation and associated microglial misfunctions.

People suffering for brain disorders have dramatically increased in the last 25 years and current therapies for some of the most serious diseases like neurodegenerative diseases and brain cancer are only barely effective. Striving for better therapies against Alzheimer’s diseases and Glioblastoma, researcher are looking not only for more effective drugs, but for better strategies to guarantee that drugs can reach the brain tissue affected by inflammatory processes related to the disease. The blood brain barrier is a crucial physical defence for our brain, being a physiological barrier against external and potentially harmful substances that might access the central nervous system. Such a great defence is unfortunately the main obstacle for effective drugs directed towards diseased brain cells.

The Italian researchers involved in NEVERMIND are working at the development of a new generation of engineered nanovectors, able to pass through the blood brain barrier and thus to selectively release the loaded drug in the brain.

Alzheimer Disease and Glioblastoma share the impairment of the immune system in their pathogenesis and the lack of effective therapeutics that can effectively and safely reach the diseased brain tissue. The planned actions and the consortium will bring together a unique combination of knowledge and expertise, state of the art methodological and conceptual tools that will allow to study and exploit the development of engineered NVs from a very original angle. After accurate characterization and biocompatibility tests, the drug-loaded NVs will be tested for their ability to enter the brain and to induce the expected biological effects in complex BBB models and in disease-specific in vivo models. 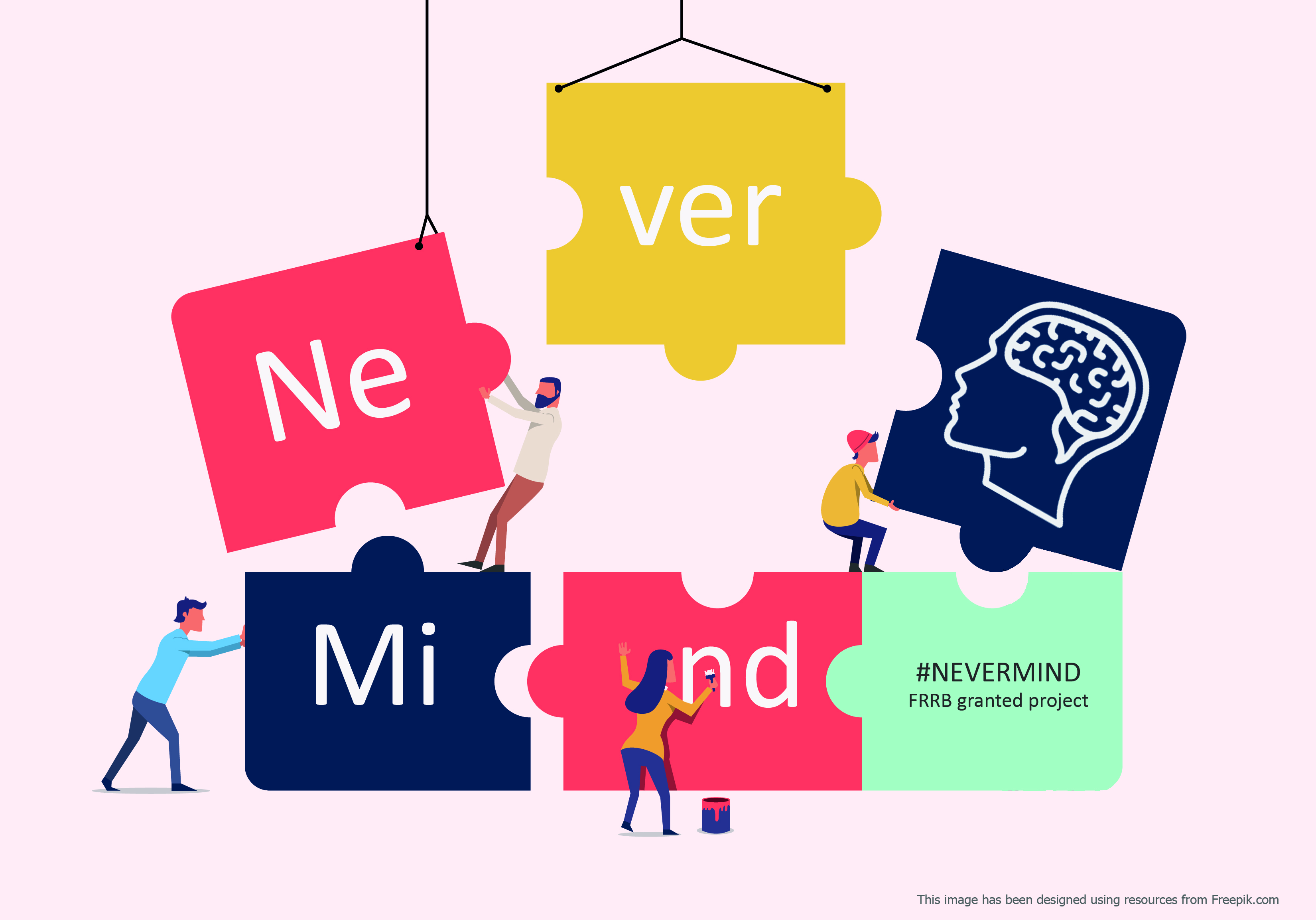 Thanks to the know-how of the consortium, the NEVERMIND project will start from some molecules that proved their efficacy on a cellular level, but failed to achieve the required therapeutic levels. These molecules will be included within an innovative nanovector that will be tested in preclinical experimental models to verify whether it increases the curative properties of the selected drugs. The NEVERMIND researchers will work with cells isolated from diseased patients and healthy volunteers, in order to deepen eventual genetic modifications related to the response to therapies and to the disease onset, especially Alzheimer’s disease. All of the hospitals of the consortium have long-lasting experience in the treatment and care of people with neurological disorders and they will cooperate with the involved Universities to identify a common strategy for the development of effective therapies that can bring new hope to their patients and to their families. 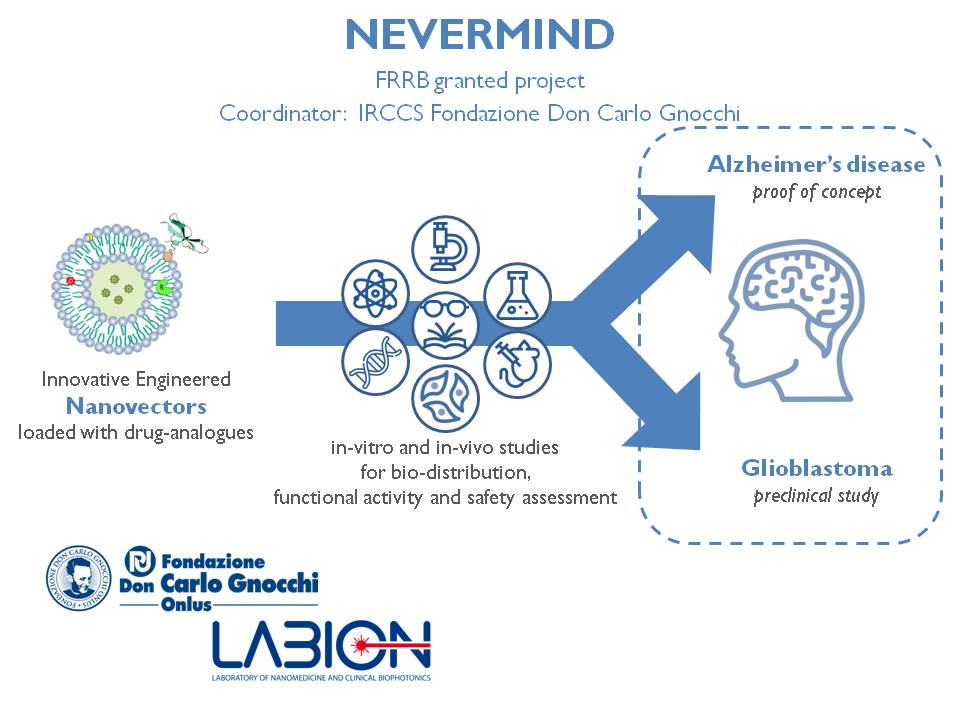 - 21th January 2020: the Kick off meeting of NEVERMIND project took place at IRCCS Fondazione Don Gnocchi of Milan. During this event, the coordinator and the partners had the opportunity to present how they will contribute to the project thanks to their specific expertise and skills.

Dr. Marzia Bedoni, Head of LABION and Dr. Marina Saresella of the Molecular Medicine and Biotechnology Lab are the PI and co-PI of the Coordinator Unit, Fondazione Don Gnocchi. At the kick off meeting the PI of all of the Partners were present: Dr. Francesca Re of University of Milano-Bicocca, Prof. Pierfausto Seneci of University of Milan, Prof. Michela Matteoli of Istituto Clinico Humanitas, Prof. Roberto Furlan of San Raffaele Hospital.

The Consortium has shown to be very motivated, proactive and excited to start this new challenge! 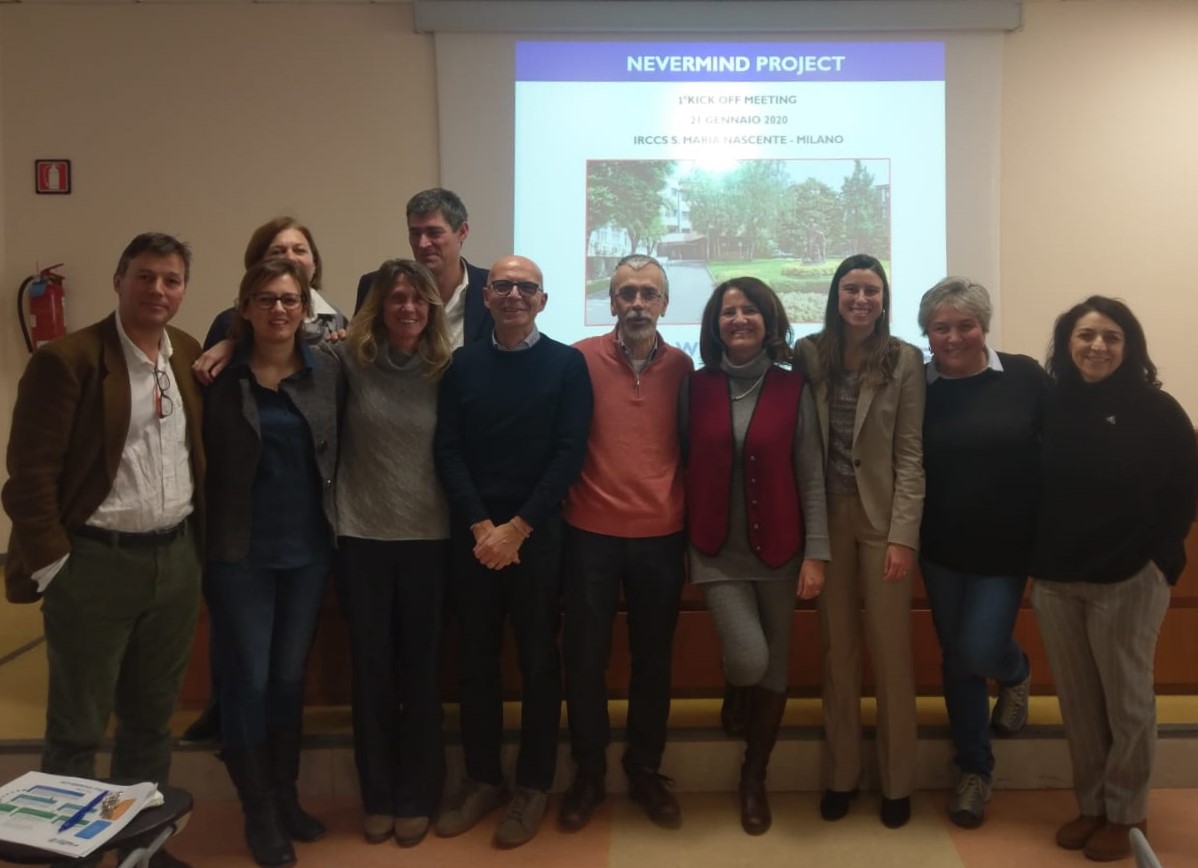