NEVERMIND COFFEE HOUR is a series of webinars organized by the #Nevermind Consortium to disseminate knowledge about nanomedicine, neuroscience and neurodegeneration to researchers, students and everyone who is interested in learning more about these topics. 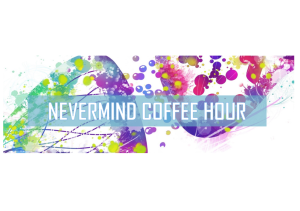 The Dissemination plan of the project included in presence symposia. Unfortunately, due to the pandemic, it was non recommended to organize it in this period of the year. Nonetheless, we all agreed that discussion and debate is essential for scientific research to be innovative and dynamic. For these reasons, we have chosen to shift to virtual short webinars.

Here a brief summary of the past webinars.

Silvia Picciolini from LABION (Fondazione Don Carlo Gnocchi) and Augustin Enciso Martinez from the University of Twente have discussed about BIOPHOTONICS IN NANOMEDICINE.

After a brief introduction by the Coordinator of the Nevermind project, Dr. Bedoni, the two invited speakers have described recent achievements in the field of nanomedicine, focussing on the appication of Raman spectroscopy and Surface Plasmon Resonance imaging, in the search for biomarkers fotr neurological diseases and cancer. Both reported interesting results in the application of biophotonics for the characterization of extracellular vesicles from human biofluids. Dr. Picciolini has also described the impact of biophotonics also in the study of nanodrugs, refererring about the work of Labion within the Nevermind project.

Francesca La Rosa from the Laboratory of Molecular Medicine and Biotechnologies (Fondazione Don Carlo Gnocchi) and Carmen Venegas Maldonado from the University of Luxembourg have discussed about  NEURODEGENERATION AND INFLAMMATION.

After a brief introduction by Dr. Saresella of the Nevermind Consortium,  the two invited speakers have described recent achievements in the field of neuroinflammation. Both researchers have deepened the role of the inflammosome in neurodegeneration, in particular in Alzheimer’s disease. Dr. La Rosa has also described the importance of studying teh impact of nanodrugs on neuroinflammation, describing the recent achievemnts obtained in the framework of the Nevermind project.

Next webinars will be:

- second half of January

- second half of February