We invite you to participate at the second NEVERMIND COFFEE HOUR organized by Fondazione Don Carlo Gnocchi about the role of inflammasome in Alzheimer’s disease.

And stay tuned for our next events! 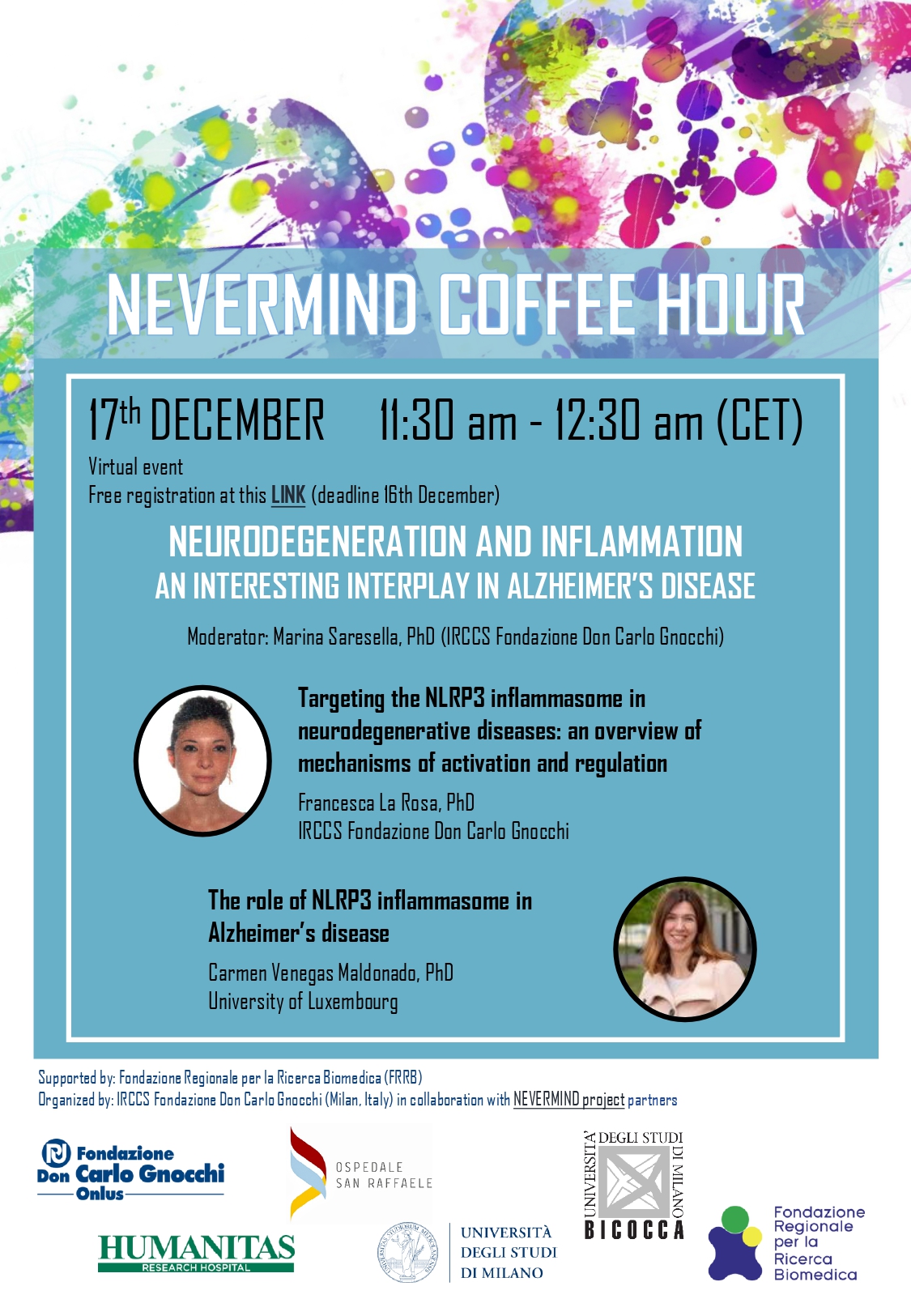 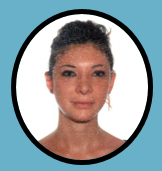 graduated in Biology at the University of Milan with a thesis entitled “Allelic variants of endoplasmatic reticulum associated-aminopeptidase 2 modulate antigen presentation and resistance to infection by HIV-1″ performed at Luigi Sacco Hospital in the Department of Immunology. From 2012 to 2014 she has a PhD fellowship in Molecular Medicine at the University of Milan working in the Laboratory of Molecular Medicine and Biotechnology of Don Gnocchi Foundation. In 2015 she spent a period as PhD student at the Dept. of Neurology at the University of Bonn (German Center for Neurodegenerative Disease -DZNE). She worked for different projects regarding the study of molecular and pharmacological strategies in the treatment of Alzheimer’s disease and of new drug targets for suppressing neuroinflammation. Now, she is working as a post-doc biologist for the NEVERMIND project funded by FRRB. IRCCS Fondazione Don Carlo Gnocchi ONLUS - Email: flarosa@dongnocchi.it 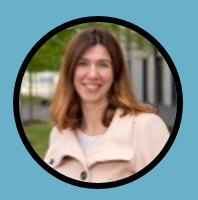 is a postdoctoral researcher in the Molecular and Functional Neurobiology (MFN) group  at the Luxembourg Centre for Systems Biomedicine. She holds a PhD in Biomedicine from the University of Granada, with a thesis entitled “Study of the regulatory mechanisms, synthesis, distribution and effects of the extrapineal melatonin”. She worked in the Intercellular Communication research group studying the mechanisms of regulation of extrapineal melatonin and assessed pharmacological doses for a potential use to treat patients. She also studied nuclear-mitochondrial inflammatory pathways, including melatonin treatment in PD and ageing. In 2014, she joined a lab at the Department of Neurodegenerative Diseases and Gerontopsychiatry (University of Bonn), where she investigated the role of ASC specks in the aggregation and spreading of the Aβ peptide, as well as the role of the NLRP3 inflammasome in the aggregation and hyperphosphorylation of Tau. Since 2019, she is  focusing on the activation of the immune system in neurodegenerative diseases using iPSCs technology. University of Luxembourg - Email: carmen.venegas@uni.lu

View all posts by: Labion